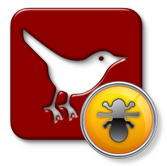 The Twitter website was yesterday widely exploited by users who have stumbled across a flaw which allows messages to pop-up and third-party websites to open in your browser just by moving your mouse over a link.

In a worrying development, messages was also spreading virally exploiting the cross-site-scripting (XSS) vulnerability without the consent of users.

According to Twitter Status the XSS security issue is now identified and patched.