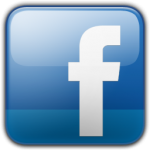 The recent discovery of a Photo deleting bug roaming around Facebook has made users as well as its programmers worried about the system. The bug, which reportedly has been deleting photos and albums from Facebook effortlessly, all the hacker needs to do is to type the album ID and you could consider the pictures gone.

Recognized and reported by Laxman Muthiyah, Facebook has fixed the bug in as little as tow hours within two hours of the filed report and has given $12,000 dollars to the reporter as a reward for helping Facebook secure content and users.

The Truth About Ransomware: You’re On Your Own