One of The Most Convincing Phishing Attacks 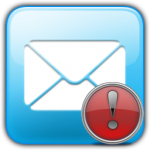 Security provider Symantec disclosed that it detected a phishing attack using Dropbox as front for hackers to access users’ information. It has been noted as one of the massive attacks since millions of people are using Dropbox storage. The emails sent to users are identical to the Dropbox page that it can make anyone fall for it. The link will then lead to a fake Dropbox login page, but hosted by Dropbox itself, according to a security expert.

The fake login enables hackers to get into users’ pertinent information such as personal account information, photos and files stored therein. The phishing email was detected and immediately shut down.

Online Banking Has Never Been Dangerous for SK