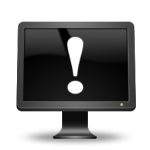 According to a new survey, Canadians know that they aren’t just putting themselves into many risks whenever they share their passwords with the use of unsecured internet connections, but they’re also putting their bosses in jeopardy. Based from the same survey, 30% of those who participated in the survey indicate that they don’t have any security software installed into their computers. This also includes mobile phones and tablets. In addition, 30% of participants said that they also take work home and accomplish it by using their personal computers. The poll conducted was done using Google’s consumer survey happened last September also indicated that 20% of participants shared their banking or work passwords. For more on this post, go to the source.