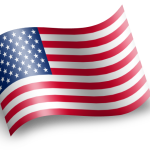 Yes, you read it right; the NSA is not backing down in hacking many people’s accounts to effectively protect the welfare of the US – a statement testified by NSA director Mike Rogers in the Senate.

As many people know about it and the agency being transparent, NSA has high-level hacking operations across the world and these operations have been massively improved since 2011. As the matter of fact, it has expanded in coverage in 2012.

The agency also supports tech groups’ move of installing backdoor hacking software in product encryptions. While many cybersecurity groups oppose this move, the NSA affirms that it has the ultimate goal of keeping the country safe.

24/7 Online Security Protection While on the Cloud

Tips For Kids and Parents On Using The Internet: UFCU