Bitdefender’s Android Security Ideas That Google Has to Listen To 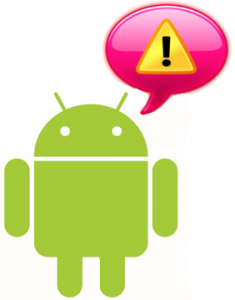 If we’re talking about security, Google isn’t our 100% go to source just by recalling what had happened when the Google Play app store had been plagued by malware in 2011.

Maybe, Google’s just too busy to see the loopholes in their security systems, as they’re just pretty occupied with left and right updates and innovations like the ongoing prep for the KitKat Version 4.4 and experts revealed that the company still has to address what’s missing and there’s plenty of that!

Third party security software developers—Kaspersky, McAfee and Lookout—have fixed and plugged the holes that the tech giant has failed to see.

To give you a clearer picture of security problems being discussed, let’s refer to the well-known security software, Bitdefender, ideas.

Malefactors are Google Play’s big Kryptonite as it is very vulnerable to attacks from them.

What are the results? A parade of malware, Trojans, viruses and spyware… Up to this date and time, there is no accurate data or stats to reveal the number of users who had suffered an onslaught of security attacks in the recent months.

What Google Has Done So Far?

Recently, Google has teamed up with Bouncer, an application that monitors any malicious software activity. Then, there is the Android Device Manager that helps find stolen gadgets (a service that only third party vendors use to offer).

Next there’s the Android 4.3 Jelly Bean, which has brought some for operating system security. One thing is its Android Sandbox that’s made to avoid any malicious program attacks on the operating system.

However, the capabilities of sandboxing remains hidden to developers and users and as a result then limits what third parties can do to protect mobile users outside of Google’s fence.

Hackers are unstoppable that they penetrate the world of mobile users, even while they’re asleep such as stealing credit card data and installing malicious programs in their mobile device. There are a lot of fake applications and thiefware in Google Play up to this time. Here are some security ideas from Bitdefender:

If applications were made by different developers, they are not likely to interact with each other, a problem for security software developers as they can’t perform their scanning capabilities on those apps and so they can’t protect them from any malicious attacks but this can be addressed if they would allow antivirus system’s API to target malware and protect users through the life cycle of the app.

When you’re downloading apps on android, it asks what the app is allowed to do such as collecting your location, accessing your text messages and even your calendar. Why would game apps for instance ask for that data? Bitdefender says that mobile user should have the power to grant only selected permissions when downloading the app provided that those choices won’t disable the app. This way any user can take control of his privacy and keep those apps from accessing data that they don’t need to function.

Allowing A Few Applications to Survive a Full Wipe

Thieves can ruin your digital life once they got a hold of your phone as you’ve probably used it to purchase online for instance. In addition, a thief can also wipe your phone and then sell it. One thing: You can now remotely wipe your phone or device to protect your important data. On the other hand, wiping your device will also delete any security tools that will not allow you to search for the thief or run your Find My Device app.

If Google would give the chance for some applications to run or survive a full wipe in their KitKat 4.4, then it might help improve security especially after your phone has been stolen. However, a malware, according to experts can also survive by imitating or mimicking any security software installed in your device, so it may be advisable that you delete everything to keep the enemy from getting itself into your territory.

When users download any non-trusted app, they will never know what the app is doing when they are not looking. They never know that their personal information and other important details are being accessed and given to other sources like advertising networks. Bitdefender thinks that those apps from non-trusted sources should be quarantined.

…So Users can prohibit any applications from collecting data from their business profiles (Some applications do this but Android does not have this built in the system level).

What do you think of these suggestions? Can Bitdefender’s ideas work for you? Share in your comments below.

Online Security Don’t Have to be an Oxymoron