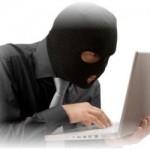 Today, experts in the field of cyber security mentioned that they were not surprised at all when United States officials stated that they believe hackers do work for the Russian government. Based from reports, the alleged hackers were able to get into unclassified computer networks in the White House in the past few weeks. According to the reports of Washington Post, the said incident caused some momentary disruption of government services.

The hacking incident alerted security teams to control the intrusion. The Post also mentioned that the hackers were not able to cause problems on classified networks. For more information regarding this post, go to the source.