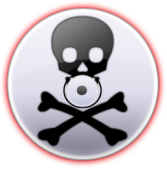 In a Online Safety Study that was published by Microsoft yesterday show that worms are the biggest security threat on the Internet. The study refers to the worm Conficker that infected over five million computers the first six months 2009.

In the Microsoft study the company also found that countries with high numbers of pirate copying of software also get hit harder by security problems.

“There is a direct connection between pirate copying and the number of infected computers” says Jeff Williams on Microsoft Malware Protection Center.

Pirate copying in China is about four times bigger than in the US.

3 Online Fraud Prevention Tips You Need To Know In 2014