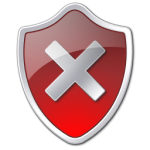 A 17-year-old Dutch boy and an Australian teenager were arrested last week in their own countries on suspicion of hacking into servers in nine nations, South Korea’s Cyber Terror Response Centre said in a statement.

The centre, part of the National Police Agency, said four Dutch investigators visited Seoul in February after a college student there reported a hacking case involving the server of Dutch telecom firm KPN.

The purpose of the alleged hacking was unclear.

“This case underlines the importance of international cooperation in cyber crimes,” the centre said, adding data would be sent to Dutch police for criminal procedures.