Who Are The Hackers? 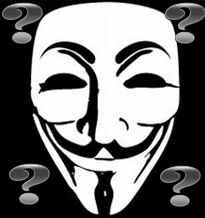 Individuals and companies spend a lot of time and money on trying to prevent their computers from hackers. Why do hackers bother to work so hard trying to break through computer security? Hacking is a laborious task, involving long hours tapping away at a keyboard, normally alone. A ‘hacker profile’ drawn up following a survey of internet users does not paint a particularly favourable profile of hackers and their lives. Why be a hacker?

Hackers and their Motivations

To combat hacking, it is important that we understand the reasons for it. While some hackers may fit the popular image of a bored teenager causing havoc for fun, there are many other reasons for hacking, and some very sophisticated and motivated hackers out there.

What Can Be Done?

Hacking is so pervasive that it seems as if it is impossible to stop it. We spend time and money on combating it, but just as a shopkeeper cannot stop their shop being burgled by buying shop insurance, so internet security measures cannot stop hackers. The internet is by its nature vulnerable to attack. It has millions of users and no central control. The more the internet is used, the more vulnerable it becomes to attack. Part of the problem is that no-one envisaged that the internet would become quite as large and important as it has. The need for both companies and individuals to make money means that internet users of all kinds tend to cut corners. Will stopping cutting corners stop hacking? No, but it could certainly help.