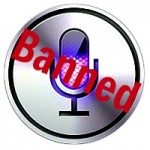 IBM claims that it is concerned that Siri will leak confidential information and has disabled it on staff iPhones.

IBM is an advocate of BYOD (bring your own device), where companies allow staff to use their own Macs, PCs, phones, and tablets at work.

The Siri ban is just one of a number of strict security measures implemented by IBM on devices bought into the company by employees.

The reason for IBM’s concern is the way that Siri works. The iPhone 4S’s voice-recognition feature works by recording your voice and sending it to a server that interprets what you’ve said and returns plain text. Siri actually becomes better at translating because it effectively crowd-sources dialects, learning from other people who are using the service.

It’s the fact that this recording of what you said is sent to Apple’s server that IBM isn’t happy about.

Apple and Google Needed to Do More Over Kids Privacy – FTC

US Plans Against Cyberthreats

How to Secure a Lost Mobile Phone