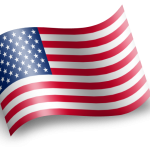 WASHINGTON — From his first months in office, President Obama secretly ordered increasingly sophisticated attacks on the computer systems that run Iran’s main nuclear enrichment facilities, significantly expanding America’s first sustained use of cyberweapons, according to participants in the program.

Mr. Obama decided to accelerate the attacks — begun in the Bush administration and code-named Olympic Games — even after an element of the program accidentally became public in the summer of 2010 because of a programming error that allowed it to escape Iran’s Natanz plant and sent it around the world on the Internet.

Computer security experts who began studying the worm, which had been developed by the United States and Israel, gave it a name: Stuxnet.

In the following weeks, the Natanz plant was hit by a newer version of the computer worm, and then another after that. The last of that series of attacks, a few weeks after Stuxnet was detected around the world, temporarily took out nearly 1,000 of the 5,000 centrifuges Iran had spinning at the time to purify uranium.

A similar process is now under way to figure out the origins of another cyberweapon called Flame that was recently discovered to have attacked the computers of Iranian officials, sweeping up information from those machines. But the computer code appears to be at least five years old, and American officials say that it was not part of Olympic Games. They have declined to say whether the United States was responsible for the Flame attack.

Securing Small Businesses Through These IT Security Tips