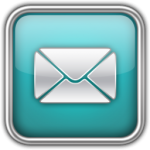 In the online gaming world, the term “spam” takes an entirely different meaning from the “spam” usually associated with posts and e-mails. Basically, it occurs when a gamer, playing a certain character, uses that character’s attacks over and over again in an attempt to achieve victory over the opponent. In Mortal Kombat X, this is exactly the case. Jacqui Briggs, a new character, has an attack called the “Hand Cannon”. Using this attack which is both powerful and easy to maneuver, players can win easily during matches. This, of course, resulted to a number of boring matches which prompted some players to complain. Check out Game Rant to know more about this story.