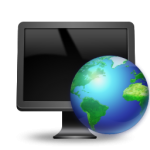 Morgan Stanley, one of the world’s financial giants, is facing a huge scandal after personal details of about nine hundred clients were found out to be sold by an employee.

The company made a round of routine scan on some criminal havens on the internet and discovered that some customer data were indeed appearing on those websites. Internal logs from the bank pointed to an employee who accessed thousands of Morgan Stanley client records. Thankfully, no economic loss was observed among the clients who were included in the data breach. It was estimated that about $2 trillion dollars’ worth of assets was at stake on the breach. Ongoing investigations are still being conducted to further assess the extent of data breach and ensure that the bank becomes 100% safe from such form of online attack.