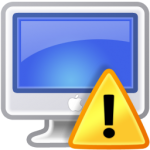 Apple CEO Timothy Cook braced the company’s security ability after a series of leaks of celebrity photos for the past weeks. He also explained that Apple has added a new security feature for their iCloud App to prevent this event from happening again.  In 2013, iCloud has already a two-factor authentication wherein the user has to provide his or her Apple ID account and the four-digit passcode before sending any information. Today, Apple is reminding their users to use this authentication process.  As an addition, Apple will notify the user through email whenever iCloud is logged in from an unfamiliar site. Apple is optimistic about this new app.