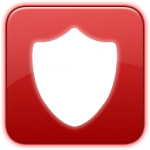 WASHINGTON (AP) — The warnings about the Internet problem have been splashed across Facebook and Google. Internet service providers have sent notices, and the FBI set up a special website.

The problem began when international hackers ran an online advertising scam to take control of more than 570,000 infected computers around the world.

When the FBI went in to take down the hackers late last year, agents realized that if they turned off the malicious servers being used to control the computers, all the victims would lose their Internet service.

Users whose computers are still infected Monday will lose their ability to go online, and they will have to call their service providers for help deleting the malware and reconnecting to the Internet.

Despite repeated alerts, the number of computers that probably are infected is more than 277,000 worldwide, down from about 360,000 in April. Of those still infected, the FBI believes that about 64,000 are in the United States.

To check whether a computer is infected, users can visit a website run by the group brought in by the FBI: http://www.dcwg.org .

How To Mitigate Spear Phishing

Ransomware Trojan is back and badder than ever