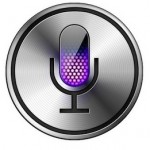 Recordings of their actual voices, asking questions that might be personal, travel over the Internet to a remote Apple server for processing. Then they remain stored there; Apple won’t say for how long.

That voice recording, unlike most of the data produced by smart phones and other computers, is an actual biometric identifier.

A voiceprint — if disclosed by accident, hack or subpoena — can be linked to a specific person. And with the current boom in speech recognition apps, Apple isn’t the only one amassing such data.

“Maybe anything that IDs you should stay on the phone,” says Prem Natarajan, executive vice president at Raytheon BBN Technologies in Cambridge, Mass., a major center for speech recognition research.

He says it might be wiser for Apple to “transmit features from speech — and not the speech itself.”