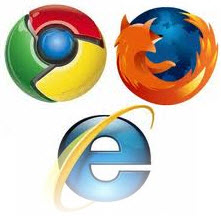 A government agency in Germany overseeing IT safety is warning of a security breach in Microsoft’s Internet Explorer. The browser’s “weak point is already being used for targeted attacks,” the Federal Office for Information Security warned, adding that the code behind the attack is freely available online and might therefore spread rapidly.

A spokesman for Microsoft said Tuesday the company is aware of the issue and is working on soon rolling out a software update, a so-called patch, to fix the browser’s security features. In its warning published late Monday, Germany’s IT watchdog called on people using Windows XP or Windows 7 operating systems and Internet Explorer versions 7, 8 or 9 to switch to alternative browsers until Microsoft updates the browser’s security features.