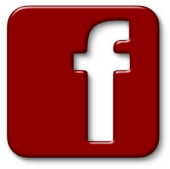 A survey by security services provider Sophos has found that 60 percent of respondents are considering quitting Facebook over privacy concerns.

Sophos findings suggest that almost two thirds of Facebook users are considering leaving, with 16% of those polled claiming to have already stopped using Facebook as a result of inadequate control over their data.

These results come amidst growing criticism that Facebook is facing over changes to the way that the social network can share user data across its site and with other websites. Concerns have centred on the complexity and ‘opt-out’ approach to sharing member information with wider networks. Media reports suggest that Facebook is planning to announce changes to its privacy settings within the next few days, but it is unclear as to whether any changes will be substantial enough to address user concerns.

Hackers Steal Your Data Via Social Media During Olympics