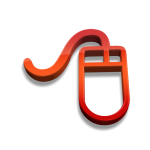 Lastpass is considered by many as a godsend for its services that allow users to store their various passwords online and retrieve them using master passwords. On Monday, however, the company announced in an official statement that hackers have broken into their system. As a result of the incident, a great number of user data was stolen including email-addresses, password reminders, and even master passwords. The breached was discovered on Friday and Joe Siegrist, LastPass’ co-founder and CEO, has written in a blog post that the firm is confident that their encryption measures are capable enough to protect their users.

Deleting Data without Worrying of Recovery