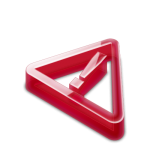 Search giant Google has warned users that their accounts may be “targetted” by state-sponsored cyber attacks and asked them to take immediate steps to protect their data.

The US firm says it will bring up a banner highlighting the danger when users are logged into their Google Account.

Many Gmail users have seen a warning message in a pink coloured bar saying, “We believe state-sponsored attackers may be attempting to compromise your account or computer. Protect yourself now.”

An attached link will suggest actions to protect their data from being hijacked such as the use of tougher passwords and suggested system updates.

The search company would not reveal exactly what would trigger the alerts.

It only said that it would be based on the belief that a user might have become the target of malware or phishing – requests for some of their personal details from a party pretending to be a trustworthy source.

Public Keys Can Be Cracked or Not