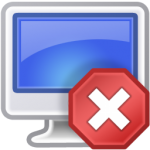 With all massive hacking incidents like that of Forbes.com, Sony Pictures, several banks and businesses in the U.S., Obamaplans to create an agency to fight hackers and protect government and other industries’ information.

The new agency, Cyber Threat Intelligence Integration Center,is a collaboration of several agencies under the Department of Homeland Security that operates under the Pentagon. It has similar mission to the National Counterterrorism Center, an agency established after the 9/11 attack. Although agency layering triggered some opposing reactions, there is a great hope that the White House will serve the purpose of creating the new agency.