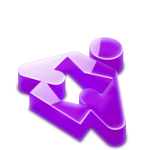 In Michigan, an unidentified author posted a message online about ISIS holding its training in therein and other U.S. states created panic over the citizens. Department of Homeland Security, FBI in Detroit and the State Police acknowledged the situation and said that they are aware of it and now closely investigating who is behind the post.

The Detroit authorities closely observe the threat posted on justpate.it signed by a certain Abu Ibrahim Al Ameriki. Former Detroit FBI chief Andy Arena told the press that this act is another attempt to scare the Americans.

There is a significant number of Middle Eastern migrants residing in Detroit.